Multilateral agreement on international taxation in the age of digitalization

1. The agreement of the 136 jurisdictions consists of two distinct pillars. On the one hand, the Pillar that aims to tax the companies that benefit most from the digital economy with the purpose that taxes are levied where the economic activity is carried out and profits are earned, regardless of where the company is located (physical presence). Thus, if a company has economic activity in India and has profits there (minimum income of 1 million Euros or 250,000 in the case of developing countries), even if the company is physically or legally established in Great Britain or a low tax jurisdiction, India will be able to charge income taxes on those profits.

2. Pillar One is intended to make these companies pay taxes that until now they did not pay anywhere or paid less than they owed because the international tax system allowed them to do so: they did not pay or paid little where they were headquartered because the bulk of the economic activity was carried out in India and they did not pay in India because the company had no presence there, since all or much of its activity (sale of goods or services) was done digitally. To address this deficiency, some countries started to levy VAT or other excise taxes (such as the digital services tax) on such activities unilaterally and create friction between countries due to alleged discrimination and eventual double taxation issues. It is considered that it is better to have a multilateral agreement that establishes the basis of how the activities of such companies will be taxed. Not all companies fall into that category, for now only those multinational companies whose worldwide sales exceed €20 billion and their profitability exceeds 10% - which can be considered the most favored by globalization and digitalization - will be subject to the new rules. It is estimated to affect around 100 multinational companies.

3. The second pillar refers to international competition to attract foreign investment based on tax incentives, specifically through total exemption or reduced income tax rates. In this case, what is intended is that multinational companies pay a global minimum tax of 15%, regardless of whether it is paid in the place where they carry out their operations (Costa Rica or Ireland) or in the country of origin of their parent company (USA or one of the EU countries). If it is not paid in the place where it performs the operations, it will be paid in the country of origin of its parent company. The logical consequence is that the countries receiving this investment will tax their income with this 15%, before the money is taken by the country of origin of its parent company. In this case, only multinational companies whose income exceeds 750 million Euros will be affected.

4. According to the OECD, "countries expect to sign a multilateral convention in 2022, to be implemented in 2023. The convention is already being drafted and will be the vehicle for implementing the new taxation rights agreed under Pillar One, as well as for suspending and removing provisions relating to all existing digital services taxes and other unilateral measures. This will bring more legal certainty and help ease trade tensions. The OECD will develop model rules to introduce Pillar Two into domestic law in 2022, so that they are in place by 2023."

5. In the case of Costa Rica, although we will have to wait for the development of the regulations and the details that would be included there, it is possible to expect mixed effects. On the one hand, from a fiscal point of view, positive effects can be anticipated, in the sense that the investments of multinational companies coming in the future will be subject to the payment of a 15% income tax from day one (versus the four years wait today), giving fresh income to the Ministry of Finance.

6. On the other hand, from the point of view of the policy of attracting foreign investment (vital for the national economy), one of the most important incentives used so far to compensate for the limitations we still have (expensive energy, poor physical infrastructure, poor connectivity, poor training of the labor force, etc.) would deteriorate, although, since this is a multilateral agreement, all countries that have used this incentive so far will be on the same footing. This will force the country to make decisions that directly and effectively affect our competitiveness, for example, the delayed reform of the electricity sector and the public sector in general or the adoption of a very aggressive digital agenda. Likewise, we will have to be very creative and design a new incentive
scheme that will allow us to remain attractive to foreign direct investment and avoid affecting a sector that is a source of well-paid jobs for tens of thousands of Costa Ricans. 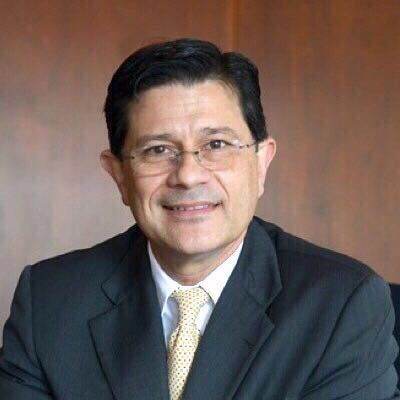